2019 - What is the Average Salary for Teachers in China? 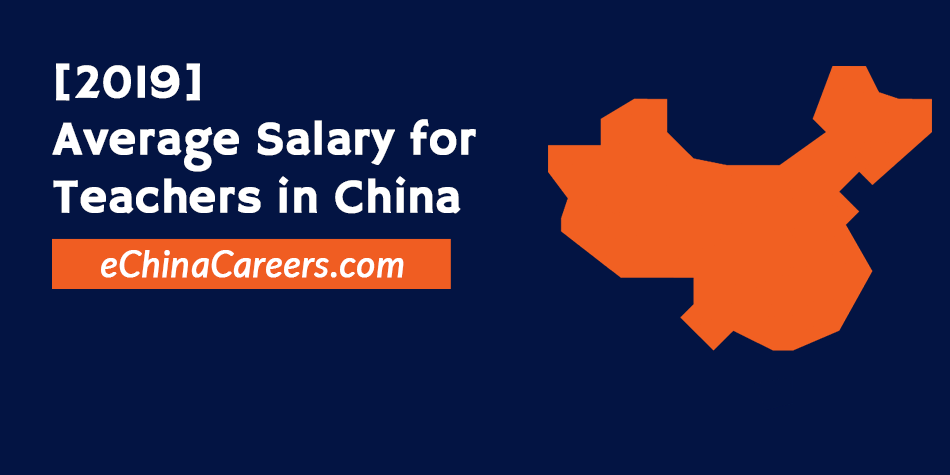 The English language has long been established as one of the most important languages to speak in the world. In China, this has been cemented by the government’s drive to encourage English language learning among its citizens, as a way to increase social and economic power on the global stage.

With this being the case, English teachers are in high demand across all of China, with plenty of open positions to choose from and high salaries to match.

It’s not easy to give a single figure for average teacher salaries in China. This is because certain aspects will vary depending on location, type of school or the type of role a particular teacher has. Below is a round-up of average salaries by school type, with a short summary of what each one entails.

Private academies tend to pay higher than public schools. The range varies so greatly because academies are various in their types and sizes, and have differing requirements of their English teachers. Salaries also vary based on your personal teaching experience and qualifications.

Most people start as an ESL teacher at a private language academy. This is because the training, support and help tend to be greater, allowing newcomers to settle more comfortably into living and teaching in China. Most co-workers are fellow ESL teachers too, which creates an instant and easy social network for getting started.

Private language academies have comparatively small class sizes, usually between 5-20 students. As well as this, most offer a mixture of free housing, flights (or flight ticket reimbursement), visa management, or health insurance in their employment contracts, making for a great package that goes far beyond merely working for a paycheck.

Private language academies recruit all year round, with positions in all cities and regions of the country. It’s by far the easiest way to get started with English teaching in China.

The salary at public schools is mainly dependent on location (first, second or third tier cities, for example), and is lower because workings hours are typically only 16-25 hours of teaching per week. The main benefit of this job is that it’s always Monday to Friday.

Another thing that public school English teachers enjoy is more freedom with their teaching style and lesson structure. Other benefits include free cafeteria lunch, paid vacations and longer holidays. However, class sizes are typically much larger (20-40 students).

Public school teaching is typically a job that teachers go into after first gaining some experience at a private academy. There’s some competition for jobs, and recruitment is done according to the academic year, usually around Spring and Autumn.

Similar to public schools, the salary at universities is mainly dependent on location. The workload, however, is even less, with typically 8-20 teaching hours per week.

Universities often offer free accommodation on campus, plus paid vacations and longer holidays. As with public schools, the jobs are slightly more scare, and tend to be taken up by people who have first gained experience at a private academy.

International schools offer the highest salaries for ESL teachers in China, so there’s tough competition for these roles. Working hours are typically 40 per week, with fewer additional benefits because of the already sizeable salary.

Pupils at these schools are normally the children of expats, or are Chinese youngsters who are expecting to study abroad in future. Because of this, the teaching style is usually similar to that of a western classroom.

Because of the broader scope in international school teaching, the requirements for job applicants are more stringent. Teachers looking for these kinds of roles will be expected to have professional teaching accreditation from their own country. This would normally be a bachelor degree in education, or a professional teaching qualification like a PGCE.

Typically people who want to teach English in China will start at a private language academy. After gaining some experience, a lot will move on to public schools or universities. Those with the correct qualifications or experience can apply to international schools, where the environment is often not too different from that of western education.

Salaries for English teachers in China are some of the best in the global ESL industry. With living costs so low, it’s possible to make good savings even at the lower end of the scale.

English teaching opportunities in China are abundant. With such great salaries and working conditions available, there hasn’t been a better time to get started with finding your new role!